Owning a residential rental property can be a lucrative investment, but it also carries with it its share of headaches and worries. Finding a skilled Lawrence residential property manager can save you a lot of time and money.

With our full service Lawrence property management, you get much more than just one over-worked property manager. You get a full team of skilled professionals with the expertise to provide you with the highest level of service and the maximum return on your investment.

What We Do As Your Lawrence Property Manager

WE MANAGE ALL TYPES OF PROPERTIES IN THE Lawrence AREA

Our Lawrence area property managers will safeguard your property, manage your tenants, and protect your investment, all without you having to lift a finger.

Lawrence is a city in Marion County, Indiana with a population of about 46,001 as of the 2010 census. The city is located on the Northeast side of Indianapolis and is currently growing rapidly, at twice the rate of the rest of Indiana. The Lawrence Township school district is the ninth largest and one of the fastest growing school districts I the state. It is comprised of four Early Learning Centers, eleven elementary schools, two middle schools, two high schools, a center for innovation and technology, and an alternative setting high school. One of the main attractions to residents of Lawrence and the surrounding areas is the Fort Benjamin Harrison, which was a U.S. Army post between 1906 and 1991. Fort Benjamin Harrison is located within the beautiful Fort Harrison State Park, more commonly referred to as Fort Ben. 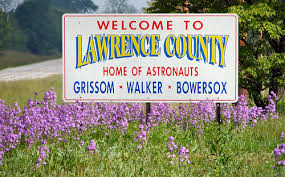