Owning a residential rental property can be a lucrative investment, but it also carries with it its share of headaches and worries. Finding a skilled Fishers residential property manager can save you a lot of time and money.

With our full service Fishers property management, you get much more than just one over-worked property manager. You get a full team of skilled professionals with the expertise to provide you with the highest level of service and the maximum return on your investment.

What We Do As Your Fishers Property Manager

WE MANAGE ALL TYPES OF PROPERTIES IN THE Fishers AREA

Our Fishers area property managers will safeguard your property, manage your tenants, and protect your investment, all without you having to lift a finger.

Fishers is a city in Hamilton County, Indiana with a population of about 95,310 as of 2019, which is a big increase from their population of 76,794 as of 2010. You can attribute this growth to Fisher’s affordable homes, growing economy, and proximity to Indianapolis and Interstate 69. This city is a part of the Hamilton Southeastern School District, which serves almost 21,000 students. There are twelve elementary schools, four intermediate schools, four junior highs, and two high schools within this school district. There are also several private schools to choose from in Fishers and the surrounding areas. One of the most major attractions in Fishers is Geist Reservoir, which offers activities like fishing and waterskiing. There are also many golf courses, parks, and conservation areas around Fishers. In fact, Fishers is home to over a dozen parks and nature preserves., including but not limited to: Billericay Park, Cumberland Park, Harrison Thomas Park, and Roy G. Holland Memorial Park. The city has received numerous accolades and high rankings in quality of life surveys, for instance in 2017 Fishers was ranked as the #1 Best Place to Live in America by Money Magazine. Its low cost of living coupled with its expanding school system and sprawling options of outdoor activities & parks; Fishers is certainly a place one would love to call home. 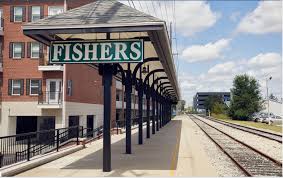